Some top ranking installers in Florida:

Check out our forum post - Solar Installers Florida, USA - for discussion on the best solar installers in Florida, and details of research that has been conducted by our community in Florida.

Florida is unfortunately currently (as of 2019) not a particularly solar friendly state. In this post on the forum “Solar Battery System | Florida” Dan Baker mentions that the local utilities have worked hard to block customer owned grid tie solar through regulatory red tape. However, with perfect conditions for solar, there are still plenty of people going ahead, and no doubt it will become easier and easier to install solar in the future.

To get an idea of what people are being quoted for solar in Florida, search for “Florida” in our forum. Here are a couple of examples:

Examples of some pricing that we have seen for quotes in Florida:

The federal solar tax credit is applicable to solar systems installed in Florida.

You can see more details about rebates in our What financial incentives are available? solar guide chapter.

If you have a quote for a solar installation in Florida, visit our solar forum and you can have your quote reviewed by our team and community.

This data assumes an optimal 28° pitch for central Florida, see next section for details on optimal panel angles.

Interestingly, like many tropical areas, Florida receives the most solar irradiance in spring, rather than summer. Come summer, regular storms mean more cloud cover and erratic sunshine. The best month for solar production is April, which should produce over 5 kWh on average with a well installed system.

For a 12kW system

The optimal panel angle in central Florida for year round solar production is 28° from the horizontal, and facing due south (azimuth 180°). This allows for the most total production throughout the year. However, depending on when you use the most electricity, you may want to consider optimizing your installation for different times in the year.

If you use more solar energy in the winter than the summer (perhaps you have electric heating and electric hot water), you may want to consider optimizing your system for winter output. This is not necessarily a good idea however, as it will lower your overall output (you will make 4.18kWh per day on average throughout the year, instead of 4.33kWh). It may also cause other issues in Florida with hurricanes, as the higher the panel is from the roof, the more it acts as a sail and will require more brackets to hold it down securely.

Conversely, if you use more solar in the summer, and most houses would due to higher use of AC in the summer months, you should be looking at a lower pitch in order to maximise your summer production.

Most people in Florida would be better off with a lower panel angle than a higher one, due to higher electricity usage in summer, and also they will be more secure in super high wind conditions. Bear in mind that roofs typically have a pitch of between 15 - 30°, and it usually takes sense if you are installing on a house, to simply lie the panels flat on the roof without changing the angle. This is due to cost, fixing and aesthetics. Installs look nicer when they are flat against the roof, they are more secure, and there is extra costs involved in changing the angle, both in parts and labour.

Here is a guide to the different production you will get throughout the year with different panel angles:

* This data is purely theoretical, based on solar irradiance and a 12% derating, every installation is different and should expect different outputs. See below for some example installations.

The State College of Florida Venice, have an 11.8kW system which is installed due south (180° azimuth) at a 20° pitch. This is close to the perfect direction and pitch for an install, and is a great example of the solar production that can be achieved in Florida. This installation uses Enphase micro inverters, and we can see the actual output of this system using the Enphase Enlighten software, as it is a publicly accessible system.

It is interesting to note that whilst the system produces more energy throughout the day on a sunny day in July, the energy output peak is actually a little higher in January, even though this system is not optimized for winter output. This is due to the fact that if sunlight is equal, solar panels perform better in cooler conditions.

The graph shows the energy output in 15 min intervals.

Electric vehicles (EV) sales are growing rapidly and in turn, people are looking at ways to charge an EV from home using solar. In this article, we explain how home solar EV charging works and look at the many EV charging types available. 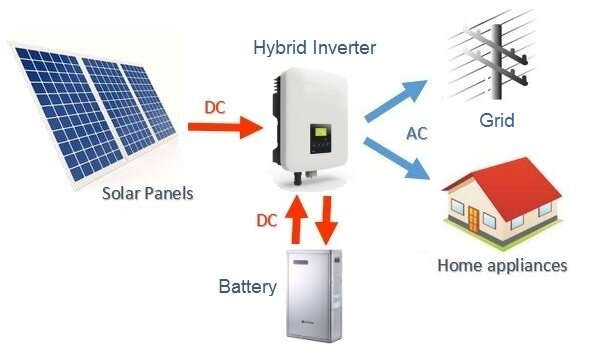 We explain the difference between an intelligent hybrid inverter and a common solar inverter and illustrate how a hybrid solar system works and the backup power capabilities available using battery storage systems and solar. 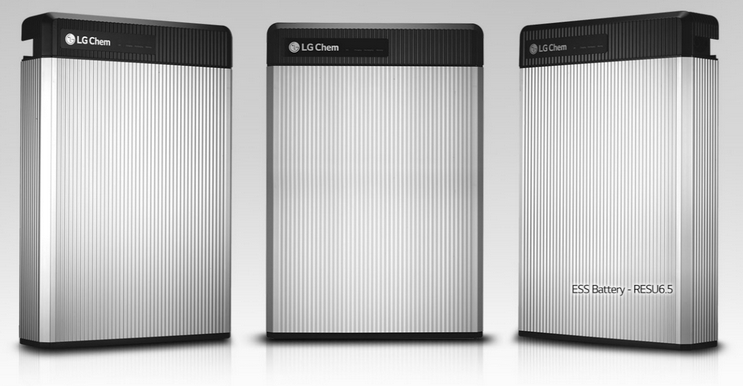 Austrian solar inverter manufacturer Fronius is considered somewhat a legend in the solar world, but it wasn’t always the case. This reputation has been earned over the years from the high level of service, quality and most importantly reliability. We examine what makes Fronius stand out from the crowd.

BYD is the largest Chinese manufacturer of lithium batteries and has dominated the Chinese electric vehicle and energy storage market for some time. We review the 3rd-generation BYD battery systems which are growing in popularity due to the wide range of capacities and options to suit both on-grid and off-grid applications.

Sungrow, one of the largest solar inverter producers in the world, just released a new range of hybrid energy storage and solar inverters for residential and commercial installations. The popular range from Sungrow have proven to be some of the most reliable and cost-effective inverters on the market.

Canadian Solar is one of the worlds largest solar panel manufacturers offering a wide range of panels designed for residential, commercial and utility-scale solar installations. We examine the full range of panels available in 2021 including the new high power HiKu7 series built on the large format 210mm cells.