Solar panel efficiency is a measure of the amount of sunlight (irradiation) which falls on the surface of a solar panel and is converted into electricity. Due to the many advances in photovoltaic technology over recent years, the average panel conversion efficiency has increased from 15% to well over 20%. This large jump in efficiency resulted in the power rating of a standard size panel to increase from 250W up to 370W.

Cell efficiency is determined by the cell structure and base silicon material used which is generally either P-type or N-type. Cell efficiency is calculated by what is known as the fill factor (FF), which is the maximum conversion efficiency of a PV cell at the optimum operating voltage and current.

The cell design plays a significant role in panel efficiency. Key features include silicon type, multiple busbars (MBB), and passivation type (PERC). The high-cost IBC cells are currently the most efficient (20-22%), due to the high purity N-type silicon cell base and no losses from busbar/finger shading. However, recent mono PERC cells with MBB and the latest heterojunction (HJT) cells have achieved efficiency levels well above 20%.

Total Panel efficiency is measured under standard test conditions (STC), based on a cell temperature of 25°C, solar irradiance of 1000W/m2 and Air Mass of 1.5. The efficiency (%) of a panel is calculated by the maximum power rating (W) at STC, divided by the total panel area in meters.

Overall panel efficiency can be influenced by many factors including; temperature, irradiance level, cell type, and interconnection of the cells. Surprisingly, even the colour of the protective backsheet can affect efficiency. A black backsheet might look more aesthetically pleasing, but it absorbs more heat resulting in higher cell temperature which increases resistance, this in turn slightly reduces total conversion efficiency.

The term efficiency is thrown around a lot but a slightly more efficient panel doesn’t always equate to a better quality panel. Many people consider efficiency to be the most important criteria when selecting a solar panel, but what matters most is the manufacturing quality which is related to real world performance, reliability, manufacturers service, and warranty conditions. Read more about selecting the best quality solar panels here.

In environmental terms, increased efficiency generally means a solar panel will payback the embodied energy (energy used to extract the raw materials and manufacture the solar panel) in less time. Based on detailed lifecycle analysis, most silicon-based solar panels already repay the embodied energy within 2 years. However, as panel efficiency has increased beyond 20%, payback time has reduced to less than 1.5 years in many locations. Increased efficiency also means a solar system will generate more electricity over the average 20+ year life of a solar panel and repay the upfront cost sooner, meaning the return on investment (ROI) will be reduced even further.

Solar panel efficiency generally gives a good indication of performance, especially as many high-efficiency panels use higher grade N-type silicon cells with improved temperature coefficient and lower degradation over time. Some manufacturers such as LG and SunPower even offer warranties with 90% or higher retained power output after 25 years of use.

Efficiency does make a big difference in the amount of roof area required. Higher efficiency panels generate more energy per square meter and thus require less overall area. This is perfect for rooftops with limited space and can also allow larger capacity systems to be fitted to any roof. For example 12 x high efficiency 360W solar panels, such as those from LG or SunPower with a 21.2% conversion efficiency, will provide up to 1100W (1.1kW) more total solar capacity than the same number and size 270W panels with a lower 16.5% efficiency.

The factors which have the most significant impact on panel efficiency in real-world use are irradiance, shading, orientation and temperature.

The level of solar irradiance, measured in watts per square meter (W/m2), is influenced by atmospheric conditions such as clouds & smog, the latitude and time of year. Naturally, if a panel is fully shaded the power output will be very low, but partial shading can also have a big impact, not only on panel efficiency but total system efficiency. For example, slight shading over several cells on a single panel can reduce power output by 50% or more, which in turn can reduce the entire string power by a similar amount since most panels are connected in series and shading one panel affects the whole string. Therefore it is very important to try to reduce or eliminate shading if possible. Luckily there are add-on devices known as optimisers and micro-inverters which can reduce the negative effect of shading, especially when only a small number of panels are shaded.

See our detailed article on manufacturing solar cells and panels.

Conversely, extremely cold temperatures can result in an increase in power generation as the PV cell voltage increases at lower temperatures below STC. Solar panels can generate power above the nameplate power rating during very cold, sunny weather.

Generally cell temperature is 20-30°C higher than the ambient air temperature which equates to approximately 8-12% reduction in power output. Note, cell temperature can rise as high as 80°C when mounted on a dark coloured rooftop during very hot 40+°C, windless days.

The most efficient solar panels on the market generally use either N-type (IBC) monocrystalline silicon cells or the another highly efficient N-type variation, heterojunction (HJT) cells. Most other manufacturers currently use the more common P-type mono-PERC cells; however, several large volume manufacturers, including JinkoSolar, Longi Solar and Trina, are now starting to shift to the more efficient N-type cells.

All manufacturers produce a range of panels with different efficiency ratings depending on the silicon type used and whether they incorporate PERC, multi busbar or other cell technologies. Very efficient panels above 21% featuring N-type cells are generally much more expensive, so if cost is a major limitation it would be better suited to locations with limited mounting space, otherwise you can pay a premium for the same power capacity which could be achieved by using 1 or 2 additional panels. However, high efficiency panels using N-type cells are will almost always outperform and outlast P-type cell panels due to the lower degradation rates, so the extra cost is usually well worth it in the long term.

For Example, a high efficiency 360W+ panel could cost $300 or more while a common 300W panel will typically cost closer to $150. This equates to roughly $0.50 per Watt compared to $0.90 per Watt. Although in the case the leading manufacturers such as LG, Sunpower and REC the more expensive panels have higher performance, lower degradation rates and generally come with a longer 'manufacturer' warranty period, so it is often a wise investment.

Panel efficiency is calculated by the power rating divided by the total panel area, so just having a larger size panel does not always equate to higher efficiency. However, larger panels using larger size cells increases the cell surface area which does boost overall efficiency.

Most common residential panels still use the standard 6” (156mm) square 60-cell panels while commercial systems use the larger format 72 cell panels. However, as explained below, a new industry trend emerged in 2020 towards much larger panel sizes built around new larger size cells which increased panel efficiency and boosted power output up to an impressive 600W.

A standard size 60-cell (1m x 1.65m) panel with 18-20% efficiency typically has a power rating of 300-330 Watts, whereas a panel using higher efficiency cells, of the same size, can produce up to 380W. As previously explained, the most efficient standard-size panels use high-performance N-type IBC or Interdigitated Back Contact cells which can achieve up to 22.6% panel efficiency and generate an impressive 380 to 400 Watts.

Popular half-cut or split cell modules have double the number of cells with roughly the same panel size. A panel with 60 cells in a half-cell format is doubled to 120 cells, and 72 cells in a half-cell format have 144 cells. The half-cut cell configuration is slightly more efficient as the panel voltage is the same but the current is split between the two halves. Due to the lower current, half-cut panels have lower resistive losses resulting in increased efficiency and a lower temperature co-efficient which also helps boost operating efficiency.

To decrease manufacturing costs, gain efficiency and increase power output, manufacturers have started moving away from the standard 156mm (6”) square cell wafer size in favour of larger wafer sizes. While there are a variety of various cell sizes under development with the most popular being 166mm, 182mm and 210mm. The larger cells combined with new larger panel formats have enabled manufacturers to develop extremely powerful panels with ratings up to 600W. Larger cell sizes have a greater surface area and when combined with the latest cell technologies such as multi-busbar (MBB), PERC and tiling ribbon, can boost panel efficiency up to 22%. 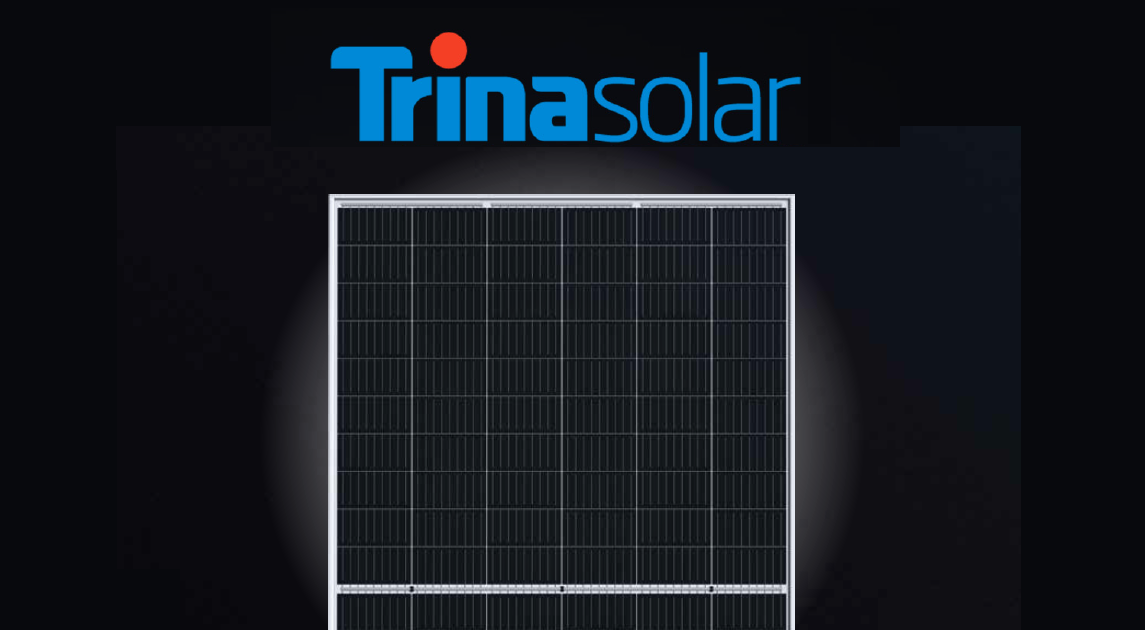 Trina Solar is well established manufacturer which has broken 18 solar PV world records in efficiency and power output over the years. We review the range of panels on offer and the new high efficiency PV cell technology in development.

REC releases the new Alpha series featuring HJT cells and is a leading innovator of half-cut cell technology. This clever innovation has now become an industry standard due to the many advantages and increased efficiency of this unique design. 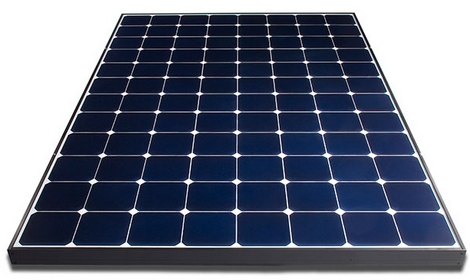 JinkoSolar was founded in 2006 and grew rapidly to become the world’s largest solar panel manufacturer in 2016 through producing reliable, affordable solar panels. The company is now pushing the boundaries with the new Tiger range of high-performance solar panels.